Getting Social Etiquette Back on Track and Why It Should Matter 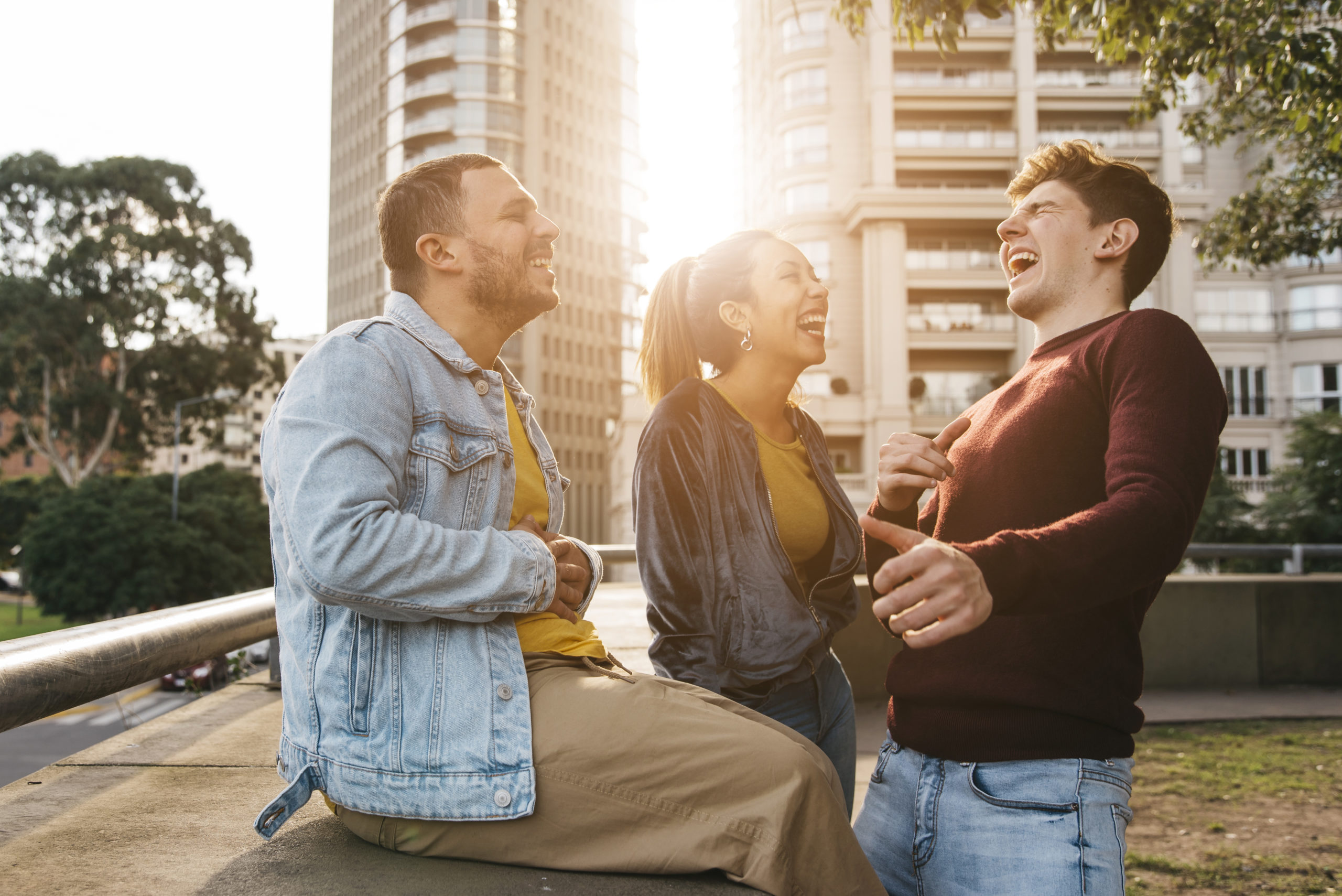 Etiquette is something you don’t hear often in today’s time. What is it and why should it matter? According to Merriam-Webster, it is defined as the conduct or procedure required by good breeding or prescribed by authority to be observed in social or official life.

Why should you get etiquette back on track? Here are 15 social and professional circumstances that you’ve experienced and are doing it wrong.

When you’re given a role in an event, more importantly being honored to be the toaster, exclude any embarrassing stories about the person you’re giving a toast to no matter how close you are with them. Don’t roast them on their special day. The moment was celebrated together with a group of people not needing to know those stories. There should be boundaries. Save it for your group chat with close friends.

Sneezing into your hands

Growing up, you were taught proper etiquette which was to cover your mouth with your hands as you sneeze. This is wrong. There are reasons why you shouldn’t sneeze onto your hands for hygiene purposes.

The idea of cupping your nose and mouth before sneezing is like collecting a puddle of bacteria, probably dispersing them away by wiping them off your clothes without even washing it. When you get the sudden feeling that you’re about to sneeze, either move away from a group of people or you care n sneeze in between your elbows. That’s the least part of your body that you interact with daily. Regardless, always practice washing your hands after sneezing through a handkerchief or a damp tissue.

Using your napkin to blow your nose

Sneezing into tissue is proper but if you think you have to blow your nose after? Don’t. Refrain from blowing your nose in public areas where there are other people, especially not in the presence of food. If you feel the need to do so, go to the restroom. Save yourself from public judgment and pierce locked faces.

It’s always best to steer away from the topic of politics on a first meet. Not all people hold the same stand as you and not everyone is up for debate. The same goes for religion or any other subjective topic. You can talk about these topics if you’re talking to a person or group of the same interests. Stick to general topics that are easily relatable for most people like sports, weather, news, music, travel, etc.

Using a handshake as a show of ‘dominance’

As the world is going through a pandemic, you may think this is unnecessary. Hold that thought, you’ll be needing this for much later.

Oftentimes it is taken for granted. A sloppy and loose handshake from one end gives the other the feeling of dominance with a firmer grip. Handshakes don’t just happen in the business world but every aspect of life. It would be weird greeting someone with a hug or a peck on the cheek for the first time. It’s just not formal and it’s uncomfortable.

When giving a handshake, grab the person’s hand and make palms fit to meet. Clasp your fingers down firmly and give three subtle pumps with the pressure and control from your elbow, not the wrist. Make eye contact with the person while doing so.

Sitting when being introduced to someone

First impressions always last. If you’re tired or exhausted and you’re introduced to or by someone, make the effort to stand. Sitting when this happens will show not just disrespect from the new acquaintance but also the impression that you’re not welcoming the person or disinterested in them. It will only make them think that they have done something wrong.

Kissing a woman’s hand as a greeting

In the old times, gentlemen take their hats off and take a step back, grab the lady’s hand for a kiss. Back then, it was seen as a romantic gesture. In today’s time, it’s inappropriate. Any form of a kiss is an act showing comfort or intimacy. You’d only do that to someone of your interest, not anything beyond that. Instead, you can do a simple handshake or a gentle nod on the head acknowledging their presence.

Drinking to your toast

What do you do when someone proposes a toast to you? Do you or do you not drink? The answer is, you don’t. If you’re in a private gathering and the host or anyone that stands to raise a toast to you, it means you’re being celebrated. The best etiquette for this is to not pick up your glass. Instead, smile appreciatively while the toaster makes their speech, and everyone sips from their drink.

If you ever wonder, “Why can’t I celebrate myself by having a sip?”, well it’s the same concept as patting yourself on the back or liking your own Facebook post. Let the people celebrate you.

Showing up with an uninvited guest

It’s a common thing, nowadays, that whenever a party happens there’s a tag-along stranger. Whether it’s a formal or casual event, always ask the host ahead of time. Not hours before. If you do show up with an uninvited guest without informing would be a shocker to the inviter and everyone else. Not everyone would be settled comfortably because the person you brought with you will be talked about and you’ll also make your plus one, uneasy, and feel out of place. So, it’s either you come alone or don’t show up at all.

Forgetting to write a thank-you note

This usually happens after weddings. When the newlyweds receive gifts from their guests, they’re expected to send out thank-you notes for their gifts within a year. Now that there are emails and the internet, you can probably extend your gratitude to them electronically. This is not a common practice in Filipino society but it’s not a bad etiquette at all. The purpose of thank-you notes is to let them know you have received their gifts. On their end, it would ease up the worry on their backs.

Putting your fork down on the table between bites

Basic cutlery utensils that are set on the table are yet to be used but once it’s used and you put them down back on the table in between bites, it’s unsanitary. Instead, rest the utensils on your plate or on top of other tableware to avoid it touching the table. You can opt to set the utensils on the side of your plate. The waiter may take them along with your plate and you may ask for a new one.

Greeting your boss with ‘Hey’

‘Hey’ is a casual greeting that we commonly use but it’s unprofessional to address your boss or anyone of authority with that. Again, manners are important in any line of profession. A simple good morning greeting followed by their name is best practiced in the workplace.

Spilling your guts to anyone who will listen

As they say, choose your friends wisely. Whatever it is that you feel or the problem that you’re facing, don’t just spit it out to anyone available at the time. Sometimes the ambiance, like an open roof deck, of a place sets you in the mood.

Know what you can share with another person and what to keep for yourself. Some might just take your words and use them against you. It’s better to have someone whom you can trust, may it be a family member or your best friend.

Answering “thank you” with “no problem”

The common response said nowadays is “no problem” or “no worries”. When someone thanks you for your time in helping them out, it’s best to avoid saying such because it would only make the other person feel that it was an inconvenience on your end. Instead, give a gentle response saying “my pleasure” or “you are welcome”.

Don’t take these acts personally or for granted. Some people live with values and manners and they do in any little way they can to spread kindness to the world. If someone holds the door open for you, a “thank you” is needed to show your gratitude, even if it’s in a form of a nod or a warm smile as you go. Remember that no one is a servant to the other. Spreading kindness would never hurt anyone. It would be nice if you could do your little acts of kindness too.

Millennial: 8 Technology Etiquette Practices You're Doing and Must Relearn (July 1, 2020)

[…] to be mindful of etiquette as we grow with technology. While we all strive to maintain and keep social etiquette alive for generations, it’s time to normalize technology etiquette. Here are some traits you […]